BBC Studioworks has an exciting opportunity for a Lead Construction Manager based at our studios in Elstree/Borehamwood and Television Centre W12.

BBC Studioworks is a commercial subsidiary of the BBC providing studios and post production services to all the major TV broadcasters and production companies including the BBC, ITV, Sky, Channel 4, Channel 5 and the Endemol Shine Group. Located across sites in Elstree and Television Centre in White City, our London facilities are home to some of the nation’s most watched and loved television shows. We offer world-class studio and post production spaces, equip them with the right technology and engage the most dedicated and talented people in the industry. By doing this, we bring shows to life.

BBC Studioworks operates 7 studios across 3 sites in London, including Elstree and Television Centre which are home to some of the nation’s most watched and loved television shows.  As it seeks to evolve its offering to meeting changing market demand, Studioworks has recently announced the opening of a new studio at Kelvin Hall in Glasgow

Our scenic team oversee the management, co-ordination and delivery of scenic and construction services within a studio. It manages and supervises a predominantly freelance team to achieve the planning, turnround, and show working activity requirements of productions and customers using our studios.

The Lead Construction Manager will provide direction and leadership to the scenic teams at Studioworks sites. The existing team is already high performing, and so we expect the role to build on that strong base through greater support and development for each member identifying and extending ‘best practise’ across the team, and understanding and working out ways to better meet the needs of the wider business. Additionally new staff roles are being recruited to add more resource to the scenic team. The Lead Construction Manager will play a key role in the training and development of the team.

The role is also envisaged to be a practicing Construction Manager, since the ‘Team Leader’ element is accounting  for 20%-30% of the role.

The role reports to the TVC Turnround and Compliance Manager and works closely with Resource Managers, Designers, Props Masters, Lighting Directors, Production staff and the craft and turnround teams brought together to service a production.

The role involves working unsociable hours both day and night including weekends and bank holidays.

Are you the right candidate?

Candidates will have experience of working to a high standard delivering scenic construction. Ideally they will have experience of supervising and/or leading a team and demonstrate leadership qualities and values. A good understanding of the Studio operation and the production/ turnround process is needed together with a customer driven focus and approach to work. 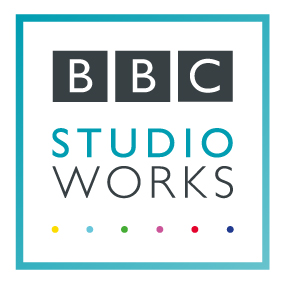 Jobs in the same category